After Manny understood how to get the birth certificate for his newborn daughter, he was curious about the next step – applying for Australian citizenship for his daughter.

Me: Well, getting evidence of Australian citizenship for a child is slightly complicated.

What documents are required to get evidence of Australian citizenship for a child?

Tip
You can use one immi account to lodge citizenship applications for everyone in your family. You don’t need separate accounts.

You can use your existing immi account or create a new one to lodge the application. You can also use a single account to lodge an application for multiple babies too. You need to select Citizenship->Evidence of Australian citizenship option to start the application. It’s quite an elaborate application (22 pages to be specific) and you need a few details ready to complete it.

You need to provide:

Along with the application, you need to provide a set of documents to support your application.

Taking the passport photograph of the baby

Citizenship application requires your baby’s photograph according to dimensions specified by the Australian Passport Office. Many people try to take a photo at home to save on the cost but if your photo is not according to the requirements, your application will be rejected.

If you are willing to take the risk, you can use online tools such as ePassportPhoto.com. It will guide on how to take a correct photo as well as help you crop the photo according to the official guidelines. You need to wait for 60 seconds to download your photo sheet which you can then print using your home photo printer or go to nearby print shops such as Officeworks or Kmart to get it printed.

The best place to get the passport size photo for the baby is to visit the nearest Australia Post centre. They know the requirements very well so you don’t have to worry about your application getting rejected due to an incorrect photo. Plus, they provide a guarantee whereby if the application is rejected because of the photo, they will reshoot for free.

Another place to get the passport photo is to go to the nearest Ted’s cameras shop. Though they provide similar service as AusPost, they are slightly expensive ($1 more, to be specific).

Once you have the photo, you need to write the name of the child on the back of the photograph as shown below:

How much does the Australian Citizenship cost for a child?

How to get Identity Declaration form endorsed?

This is the most difficult part of getting evidence of Australian citizenship. At least, it was for me.

According to the Australian department of home affairs, people belonging to only certain professions and occupations can endorse the identity declaration form. Moreover, he/she must know you for at least 1 year.

The rules are supposedly designed to check how well you are integrated into the Australian community. Out of the elaborate list specified in the Identity declaration form (form 1195), below were a few common professionals I thought to seek the help of (in that order):

Medical Practitioner or GP seemed like a good starting point because (1) he/she are easily accessible and (2) he/she usually know you and your family for a significant amount of time. As I found out though, not all medical practitioners endorse identity declarations. Though, my GP was willing to sign he was not an Australian citizen.

So the next feasible option was to go to Pharmacist. I went to the Chemist Warehouse but again luck was against me. The lady at the counter told me that they don’t endorse the identity declaration forms and photos.

Justice of the peace or JP was next on the list. The role of the JP is similar to the notary public albeit with limited authority. Many of my friends said they got their documents endorsed from a JP. So I was pretty sure that this will work. The JPs are usually available on certain days at a local community centre or a police station.

So, one evening, after confirming timings from Google, I visited the nearest community centre with my babies. Based on my experience in India, I thought the JP will be sitting in a cabin or something. To my surprise, the JP was out at the reception doing the endorsements.

Happily, I joined the small queue. When my number came up, I handed him the identity declaration forms. He gave me a questioning look and said that he can’t endorse them. I was perplexed and asked for the reason. He told me that since he didn’t know me for 1 year, he can’t sign it.

I was baffled. I tried to counter him saying that the application was for babies who are just months old and there was no way he was going to know them for a year. But he was adamant. He reasoned that since they were minors, he should know the parents a.k.a. me and my wife for 1 year.

This brought back some unpleasant memories of India where sometimes authorities play by book to make people’s lives hard. There was no way, this guy was going to recognise me after 1 year, so what exactly did he mean by “he should know me for 1 year”? It’s not like he was my family friend or I was going to invite him to dinner at my house.

How can a Justice of the Peace know me for one year? It’s not like I was going to invite him to dinner at my house.

But I get his point too. He was just playing by the rules. If anybody was at fault, it is the rule that says that endorser must know the applicant for a year. Okay fine but then why only specific people can sign it? Why not a work colleague, or any Australian citizen for that matter, can sign it who knows me for more than 1 year? How can anybody know Justice of the peace for 1 year unless he works with him/her? Apparently, the department of immigration do random checks on identity declarations and calls the JP or whoever certified the documents to see if he knew the person or not. Frustrated and angry, I left.

Bad luck already shot my best three options. The last option that everyone suggested, even JP himself, was to go to the local police station. Strangely, it didn’t occur to him that the Police officer might come up with the same reasoning. But again, that was not his problem.

At that time, one of my good friends suggested another JP from where he got his baby’s application endorsed. Thanks to him, I decided to give it a try. But this time I didn’t take babies with me. One, it was a little far from my place and two, my friend told me that the baby’s presence was not required.

It was a police station and JP used one of the rooms on certain days. The JP was a nice lady in her sixties. When I told her why I was there, she asked for the documents to endorse. Just like that, no questions asked, no request to see the babies. She endorsed the documents right away and in fact, we had a little discussion about parenting too. In my mind I thanked my friend for suggesting her. The whole thing took less than 5 minutes.

Tip
Getting an identity declaration form certified is tricky, so try different options. Usually, someone on the list should be able to do it.

Moral of the story, try a few different options. Some people are rigid and just use the rules as an excuse, while some others know that the rules are created for humans and know when to create exceptions. So don’t be discouraged, keep trying.

How long does it take to get evidence of Australian Citizenship for a newborn?

Once the documents and photos are endorsed, you need to scan all the documents and upload them along with your application. Scanning the photos can be pretty tricky. Usually, the scanner will fill the rest of the area with black colour.

So what I did was to put a white paper behind the photo while scanning it. That way the photo didn’t have the ugly black background. But if you use this trick, be sure to crop the photo to get rid of all the white background. As per the department of home affairs guidelines, you should NOT get a scan of the photo by placing it on paper.

So in the below two examples, photo on the left is correct because the photo of the person covers the entire area of the photo and there is no white background.

On the other hand, photo on the right will be what it looks like when you scan it by placing paper behind it. If you attach it as is, your application can be rejected. So just crop out the white background in the Photoshop or even MS Paint to make it acceptable. 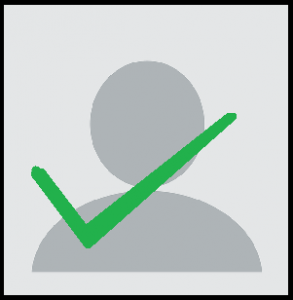 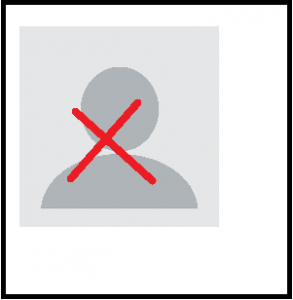 Tip
While scanning photograph, put a white paper on top of the photo. That way you won’t get an ugly black background in your scan. But make sure you crop the photo to remove all the white background out of the photo before submitting it.

I received the citizenship certificates for my babies within two weeks of submitting the application and paying for it. Pretty quick!

Manny: Wow! That seems like a bit of work. I need to start looking for JP or some other authorised person who can endorse my baby’s documents. Thanks for that information.

Me: No worries mate! Hope you don’t have to go through the same hardship as me. Good luck!

Australian prime minister Harold Holt disappeared near Cheviot beach in Victoria on 17 December 1967. Despite many conspiracy theories suggesting he faked his death or killed by CIA or kidnapped by enemies, his disappearance was later concluded to be the case of accidental drowning.